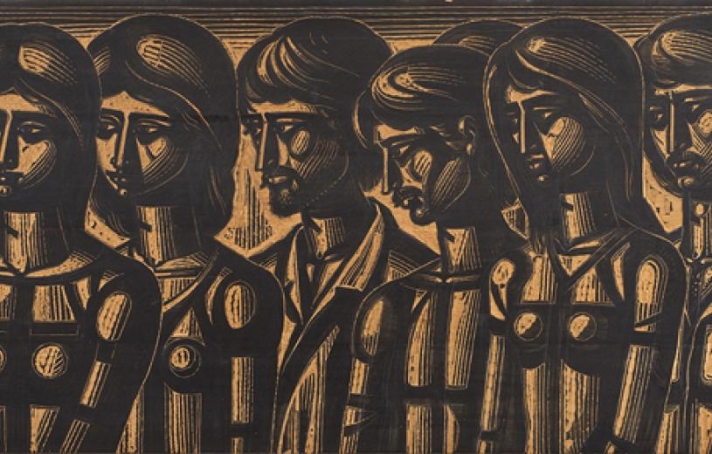 It is also organized 28 years after the great retrospective exhibition at the National Gallery.

The exhibition aims to give the public the opportunity to re-evaluated A. Tassos work in a different sense than that of their creation times and visually configured through the "facilities" of digital reproduction. It also presents for the first time unknown works that revealed after years-long exhaustive research and a selection of many works within the art of the graphic: books and albums illustrated with original engravings, stamps, album covers, posters.

The exhibition is built around the most important and characteristic works of the artist (engravings, sketches, woodcut plates, woodcuts wall) and is divided into six sections:

The exhibition is accompanied by a catalogue which includes texts by: Constantinos Papachristou, Irene Orati, Dimitris Pavlopoulos and Despina Tsourgianni.

We have 30 guests and no members online