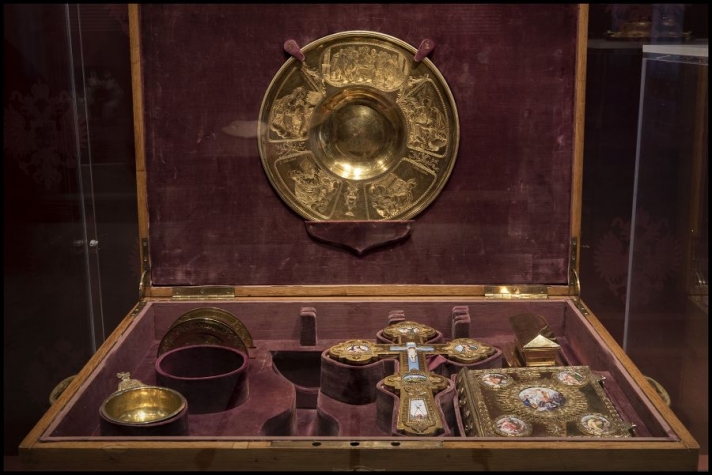 The Byzantine and Christian Museum presents an exhibition with Treasures from the Collections of the State Hermitage Museum of Saint Petersburg, Russia.

The exhibition with Treasures from the Collections of the State Hermitage Museum is the culmination of a series of exhibitions and events which the Byzantine and Christian Museum staged in 2016 to celebrate the dedicatory cross-cultural year ‘Greece in Russia, Russia in Greece 2016’. Significant archaeological treasures and works of art that come from the imperial collections of the State Hermitage Museum of Saint Petersburg are displayed in the galleries of the Museum for the first time ever.

Objects of superb aesthetic and artistic value, which the Czars of the Romanov dynasty collected incessantly for two centuries, initiated by Peter the Great (1672–1725), established since the late 17th century the immensely rich collections of the Hermitage, thereby turning it from 1805 onwards into one of the largest and most significant Museums in the world. The exhibition which the Byzantine and Christian Museum designed is centered on selected archaeological artefacts, works or art, objects of minor arts and paintings that come from the main collections which comprise the State Hermitage Museum, and simultaneously introduces the museum audience to the way art and its aesthetics were perceived and construed in Europe and to life in the Russian court.

Last modified onThursday, 22 December 2016 08:17
More in this category: Costas Koulentianos : The last of the modern acrobats The Greek Monsters by BEETROOT

We have 33 guests and no members online