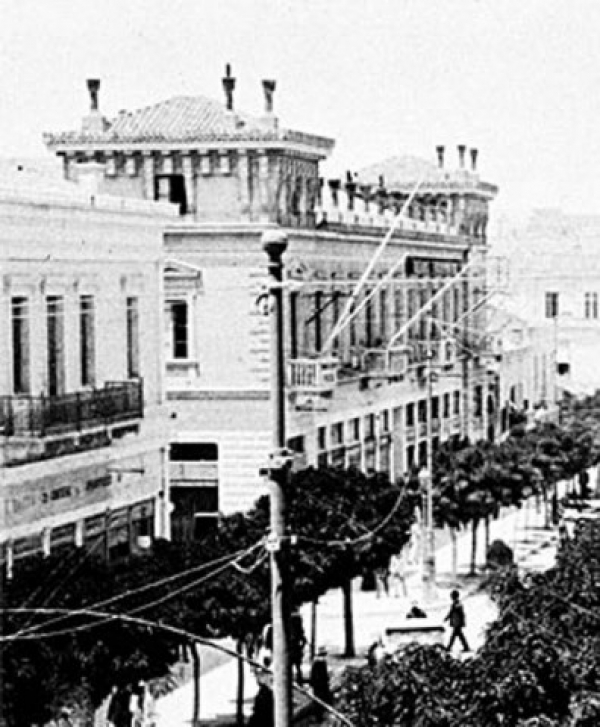 This building from the offset was destined to have commercial use. It was designed by Ziller but it was built by the Greek architect Nikoloudes in 1914. Its style was a combination of neoclassicism and eclecticism. Only few years later the building was redecorated by Nikoloudes in a neo-baroque style. The Cinema –theatre Attikon was set there from the beginning while the cinema Appolon was formed in the ‘30s.

Note: Unfortunately in the demonstration of the 12th February 2012 the exterior of the building was destroyed. The Greek Minister of Culture has promised to fund its renovation.
Last modified onMonday, 07 April 2014 09:00
Tagged under
More in this category: Harokopos Mansion (Benaki Museum)

We have 215 guests and no members online