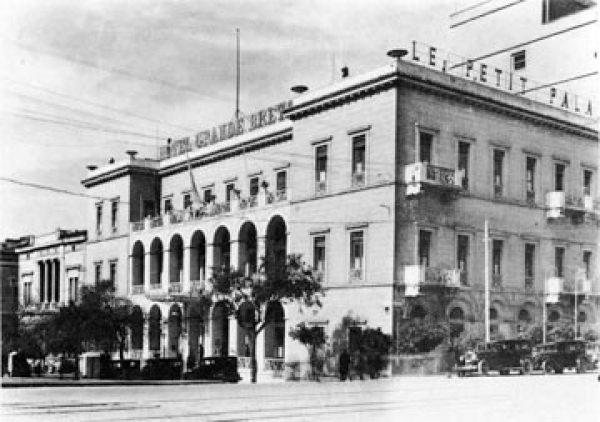 The original form of the Hotel Grande Bretagne has been completely altered. Originally it was built as the luxurious house of the Greek family Demetrius by the German architect Th. Hansen also 1842. For the first time in Greek architecture neoclassicism was mixed with elements of the renaissance architecture.

The loggia (a gallery or corridor at ground level, sometimes higher, on the facade of a building and open to the air on one side, where it is supported by columns or pierced openings in the wall) at the façade of the building was one of the renovations of the more strict neoclassical style. King Otton was so thrilled with this new style that ordered that all the new buildings that would be made around Sintagma Sq. should share this style.

In 1873 the building starts functioning as a luxurious hotel. In 1909 the alterations began. New wigs and floors were added changing the building completely.

We have 190 guests and no members online