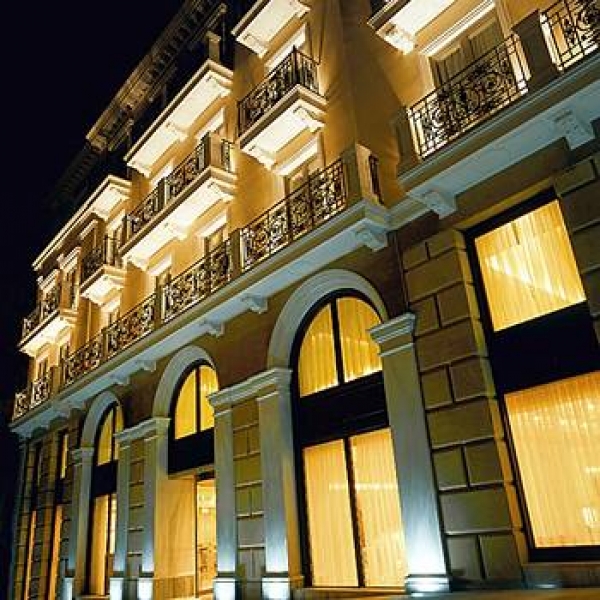 The museum was founded in 1918 by the poet Georgios Drosinis and a group of Athenian Intellectuals. During that time Greek artists came to appreciate the folk art for the first time and thought that it could be an inspiration to modern art. Initially, the museum was situated in the Tzistarakis Mosque (now it contains a pottery collection). Today it is situated in a building in Plaka, the old town of Athens.

The museum consists of three floors. The visiting route that is advised by the guard is to start from the third floor and make your way down to the ground floor. Since there is no specific and strict chronological order you can in any way you wish.
On the third floor the costumes of several places in Greece of the 19th and 20th are displayed. There is a different section for the costumes of the islands and for those of the mainland. There is an emphasis on the woman costumes since they are the more ornate and complex ones.

The second floor is dedicated to the silverware, both decorative and ecclesiastical. In the decorations the influence both of the Byzantine and Islamic art can be discovered. It is very interesting that the first panels in this room explain the various techniques that were used in order to create the silver objects. Examples of embossed, incising, casting, open work and niello small objects are offered so that the visitor can witness firsthand the results of each different technique. Another panel displays all the silver ornaments that a bride would wear. An extended collection of head ornaments, headdress ornaments, earrings, necklaces, belts, buckles, crosses, amulets, bracelets and rings all made of silver are exhibited. If one thinks of all the costumes with lots of fabric that has seen on the third floor and all the silver ornaments the women wore, he will realize the complexity and the wealth of the official costume of the woman of the era. Its weight would probably seem impossible to a contemporary woman. On the other side of the second floor silver objects of religious use, ex voto offerings and arms made of silver are presented.

On the first floor there are photographs and artifacts from Olympos of Karpathos. Olympos is a secluded mountain village at the island of Karpathos where the traditions are still meticulously held. Its population has become an intriguing ethnographic example. There photographs of the inhabitants and their celebrations. Their costumes are also on display.

On the mezzanine the visitor can see weaving tools and wooden carved utensils. The figures of the Greeks Shadow theatre are also on display. Another section presents the traditional masquerades that come from various places of Greece. Here, thought the most impressive exhibit is the room of Theofilos. Theofilos was an unschooled painter of the 20th century, who painted in a naïve way, influenced by the Byzantine art and the Greek folk art. Theofilos Room is a room that he decorated with extensive murals in a private home at a village of Lesvos. The room contains imaginary portraits of fighters against the Turks of the Independence War of 1821, of Alexander the Great, and of heroes of folk myths. Thus, Theofilos has created a pantheon of important Greek figures combining historical personas with mythical ones.

Eventually the ground floor contains textiles with weaving motives that are typical in Greek folk art. Samples of intricate lace can also be seen here. 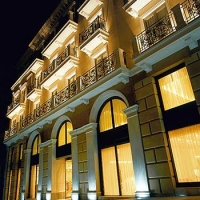 We have 172 guests and no members online