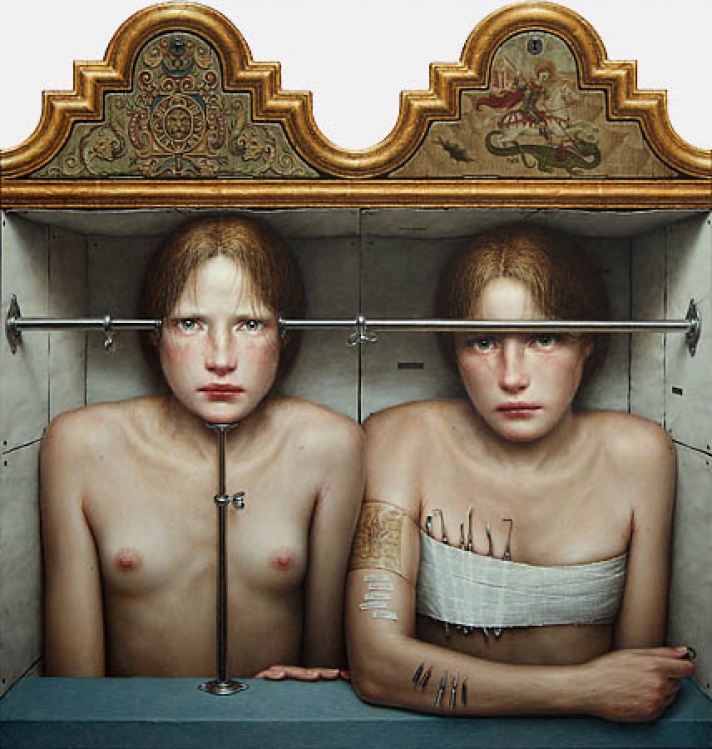 Dino Valls' painting is primarily characterized by the way in which he manages to manipulate the concept of time, whether it is historical (real) or fictional, contributing in the deeply personal character of his work. Nevertheless, what trully captivates the viewer is his gripping realism whose disturbing veracity transcends the limits of reality and ends up utterly fictitious. Astonishingly, this is a painting entirely made in the studio, full of riddles and symbols, an intellectual in vivo achievement that avoids inspiration from reality, it does not emerge from its close observation. Surely, Dino Valls is deeply interested in depicting the psychological state of his subjects, however in order to realize that he makes use an exhaustively detailed, almost anatomic, depiction of human body, looking back at Flemish painting which he manages to reinterpret in a deeply personal way.