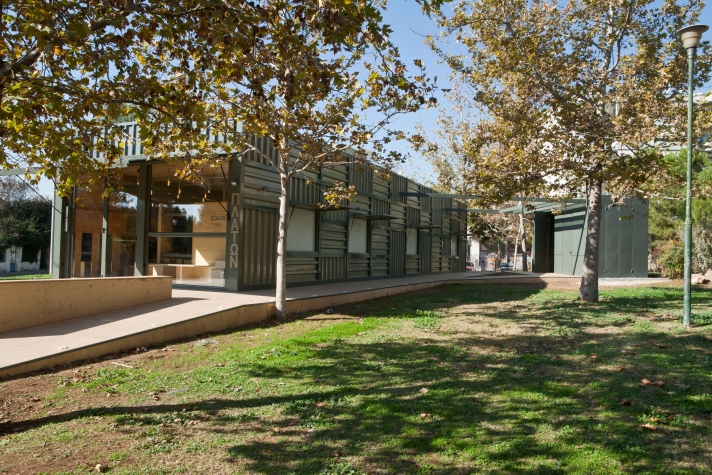 A new digital, interactive multimedia museum that will be open to the public will be created in the area of the Academy of Plato. The purpose of the museum is to highlight the historical and archeological evidence of the Academy and to approach of the area of philosophy and ideas using the latest technologies.

The Digital Museum will be established in a new building in the Academy of Plato and will comprise of a series of physical exhibits and multimedia applications with a variety of thematic areas. Through multiple levels of information consisting of texts, multimedia material and images, the visitor will be navigated both in the area (Academy of Plato and greater area) and in the "world of ideas". Beyond the emergence of the region and Platonism, the presentation aims at creating stimuli for discussion within and outside the area. The presentations will be bilingual.

The exhibition will be a "step back" in time. It will starts from the Academy of Plato in the current Athenian neighborhood. Along the route of the building's exterior, time will count counter clockwise and we will see the archeological site's stages of revelation and discovery. We prepare for the "acquaintance" with Plato.

In the first room of the Museum we will get to know Plato as a historical figure that was active in Athens in the 4th century BC, and at the same time we will get know the archeological site of "Plato's Academy" as the place where Plato was active.

The second room will be dedicated to Plato's work and methods. In this room the visitor will be given the opportunity to "philosophize" and realize whether Plato's thoughts concern him/her.

In the third room will see the ways that Plato's form and work traveled through time, starting from the Academy's immediate successors and arriving to the present day. How his thoughts affected philosophical thinking and inspired humanity.

The exhibition will end in today and exit into the neighborhood. How significant is it for someone to live in "Plato's neighborhood" today?

We have 56 guests and no members online