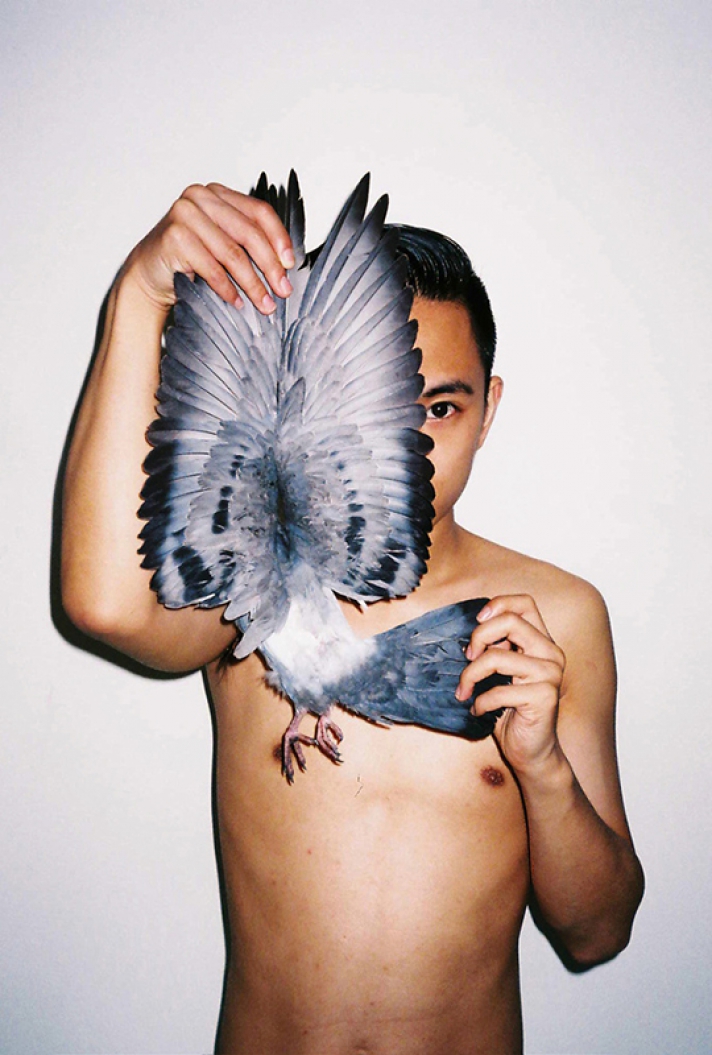 Atopos Unlocked continues with Chinese photographer and poet Ren Hang, who will participate in the Occupy Atopos residency.

The radical, avant-garde, photographic work of 26-year-old Ren Hang is pervaded by  intense lyricism and eroticism. Hang strips his friends/models bare and creates a number of original, provocative, diaristic narratives where youthfulness and sensuality constitute the leading elements. The human formations of the heretic artist sometimes appear indecent and offensive and other times fairy-like and refined.

Ren Hang’s alluring nature of work is regularly misinterpreted as a staged display of the modern  Chinese subcultures and youths on the margins of society. However, the artist’s main intention is to capture men and women in their most natural and authentic form, in the nude. In his recent work titled 2014, which was presented in Capricious 88 gallery in New York, the artist focused on the conversation between the naked human body and the natural environment  resulting in the most elaborate, camouflaged imagery.

All the limited edition works of Ren Hang will be available for sale during the exhibition.

Furthermore, as part of its 10 year anniversary Atopos «unlocks» its premises and collections to the public and presents an exhibition of British designer Craig Green and of the Atopos Paper Fashion collection. The presentation of the paper dress collection, which includes rare items by Issey Miyake, Helmut Lang, Maison Martin Margiela, Walter Van Beirendonck and Hussein Chalayan, Campbell Soup Dress after Andy Warhol, Lisa Dress by Robert Wilson, Yellow Pages Dress by Howard Hodgkin among others, will be changing on a regular basis.

The result of Atopos new research will be presented in a special publication titled Unlocked which is going to be released in collaboration with La Gaîté lyrique in Paris in 2015.

More in this category: THINGS | art and the everyday life The Rainbow Serpent

We have 25 guests and no members online