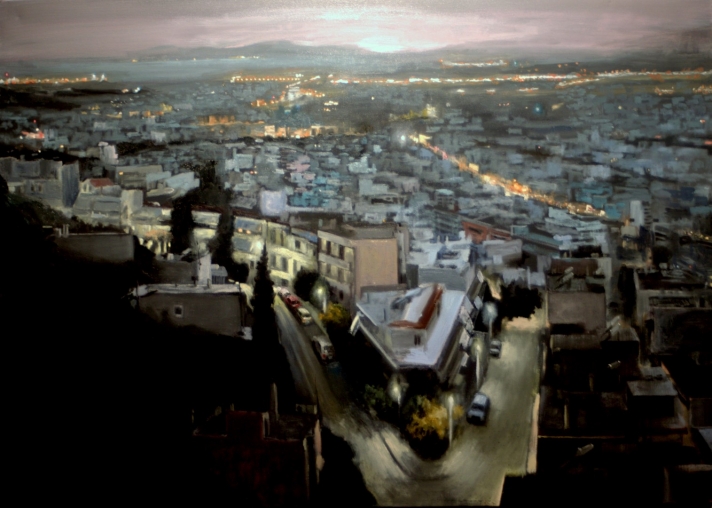 Painting and Sculpture Exhibition “IndepArt2016” at The Image Gallery.

The Image Gallery in collaboration with the art critic and art historian Mrs. Emmy Varouxaki present the exhibition “IndepArt2016”

For the past seven years Greek artists have been exhibiting paintings and sculptures at the Parisian Salon of Independent Artists, which is hosted at the Grand Palais at the Elysian Fields (Les Champs-Élysées). It is one of the four historic Salons forming the biggest Art Salon of Europe, the Art En Capital (Artistes Francais, COMPARAISONS, Salon du dessin et peinture a l’ eau, Salon des INDEPENDANTS).

The Salons were created by order of LOUIS XIV who wanted to establish the art of the Academy and for this purpose bestowed the Louvre Salons and especially the Salon Carré (Square Salon), whose name has remained since.

The Independent Artists’ Salon was created in 1887, after repeated refusals to exhibit the pioneering and rebellious artists’ styles at the official Salon. Impressionists, Fauves, post impressionists and cubist painters, apart from Picasso who never exhibited at the Salon, created and exhibited for many years until World War I at the Salon of Independent Artists. The entire range of European Modernism was hosted and found refuge at its premises that were in selected buildings in Paris. Well informed collectors and art dealers went there to acquire works of great talents of modern times. All modern art movements had as a podium the Salon of the Independent Artists.

Since 2006 this exhibition has been hosted at the Grand Palais. The organizers assigned art critic and art historian Mrs. Emmy Varouxaki, who has been following it and conversing with the artists, talking to them about the achievements of modern Greek art, to bring a group of Greek artists according to her judgment and choice. Thus began the representation of Greek artists that has lasted despite the difficult times until today. Approximately 80 artists have exhibited their works here.

As a tribute in their honor for their persistence and faith, Mrs. Emmy Varouxaki has organized this exhibition at the Image Gallery. The gallery is housed at one of the most beautiful neoclassical buildings of Athens, next to the house in which Giorgio de Chirico grew up, member himself of the Independent Artists, the present exhibition, hoping that it will be the beginning of annual presentations of the Greek modern spirit and artistic production.

The following artists participate at the exhibition:

Under the auspices of the Embassy of France in Greece (Ambassade de France en Grèce).

We have 60 guests and no members online