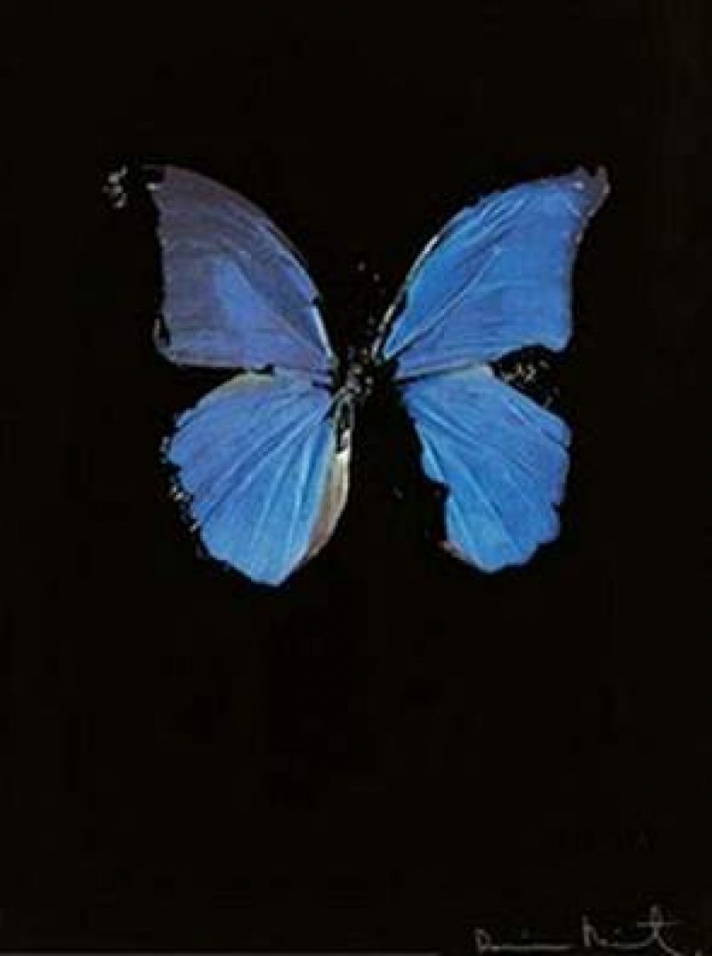 Damien Hirst is undoubtedly one of the most significant living artists of our times. He is the most prominent member of the Young British Artists (YBAs) group, who dominated the world art scene during the 1990s, and his work continues to cause controversy.

In New Religion a cross studded with pharmaceuticals like precious jewels vindicating their significance for human life and prosperity; a silver heart pierced by needles and razor blades and wrapped in barbed wire; an altar; a carved marble pill standing in for the eucharist, a silver child’s skull and medical charts are some of the exhibits that comprise a list of open questions posed by the artist in relation to science, its role as a new religion, religion itself and art.
According to Hirst “There are four important things in life: religion, love, art, and science.” New Religion highlights the conflict between two of these – science and religion.
Making use of religious clichés – imagery, titles and associations – and denaturing them through art, in a cold and clinical environment – characteristic of Hirst’s work – the artist bridges the theoretical gap between science and religion, rephrasing questions regarding the way the two are perceived.
The exhibition, or part of it, has been displayed at the Victoria & Albert Museum in London, the Palazzo Pesaro Papafava in Venice and the Rogaland Museum in Stavanger, Norway).
Organised by the British Council, the Benaki Museum and the Paul Stolper Gallery, in association with the Macedonian Museum of Contemporary Art and curated by Artemis Potamianou.

We have 47 guests and no members online