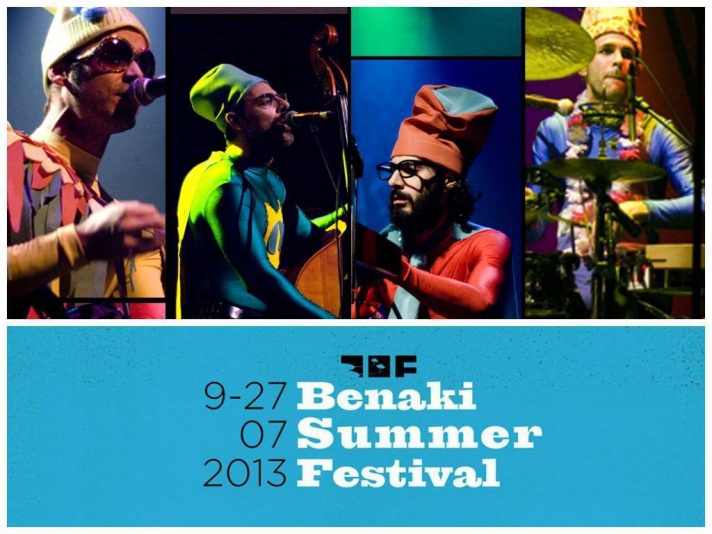 The Benaki Museum announces the realization of a summer festival. A new and exciting three week cultural event sees the atrium of the Benaki Museum - 138 Pireos transformed into an atmospheric and classy open air cinema and concert venue.

The Benaki Summer Festival presents screenings of award winning documentaries and films showcasing the best the world has to offer in art, fashion, music, theatre and food.

Of the 16 festival screenings we have been able to secure 12 Greek premieres, which include:

Each Saturday the Benaki atrium is turned into an all standing concert venue with live performances by Greek bands like Mariza Rizou (and a 9 piece band), The Burger Project and Kostis Maravejas (Maraveyas Illegal), specially and exclusively devised for the Benaki Summer Festival.
Festival audiences, who all receive a free welcome drink, will be able to enjoy the screenings in comfort at table seating while sipping a cocktail or enjoying fresh food, snacks and desserts supplied by quality (Greek) brands like kayak.
The Benaki Summer Festival also offers a select number of exclusive VIP Love Couches for two.

We have 261 guests and no members online