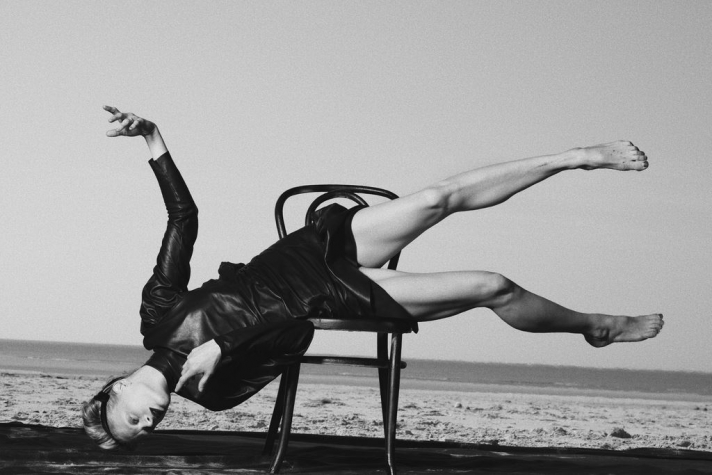 Gagosian Athens is pleased to present photographs by Peter Lindbergh.

Isn’t art about breaking rules, about challenging existing systems; isn’t it about discovering meaning in things or situations before others see anything in them? —Peter Lindbergh

Lindbergh’s now-iconic photographs of women derive inspiration from early narrative cinema and street photography, in their fleeting observations and compositional elegance. His Eastern European heritage can be traced in the stark and guileless realism that frames the feminine beauty of his subjects.

In his editorial work for Vogue, Harper’s Bazaar, Interview, and many other international magazines, Lindbergh replaces staged, calculated glamour with a vérité approach, enhanced by his use of high-contrast black-andwhite photography. He uses body movement, in particular modern dance, to celebrate the human form in a way that carries elements of both antiquity and modernity.

Spanning the last thirty years, the exhibition testifies to Lindbergh’s impact on the world of fashion photography, and his contribution to portraiture in general. The beauty of his female subjects is purposeful, self-possessed, and uninhibited. With little styling or setting to divert attention, Lindbergh’s approach emphasizes the raw physical grace of his subjects.

In a diptych of Monica Bellucci, one image holds her untamed and purposeful stare as she walks toward the camera, while in the other she looks away, apparently absorbed in a private moment far from the camera’s eye. In an homage to the late choreographer Pina Bausch, five models merge in an interlocking movement, their limbs and curves becoming elements of pure abstraction. In another photograph, Karen Elson’s pale stillness recalls classical stone statuary.

We have 64 guests and no members online